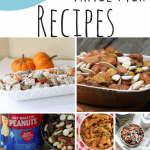 Trail mix is a tasty treat for your outdoor activities. And it's one of the Cub Scout Six Essentials. Use one of these 10 great recipes to make your own! 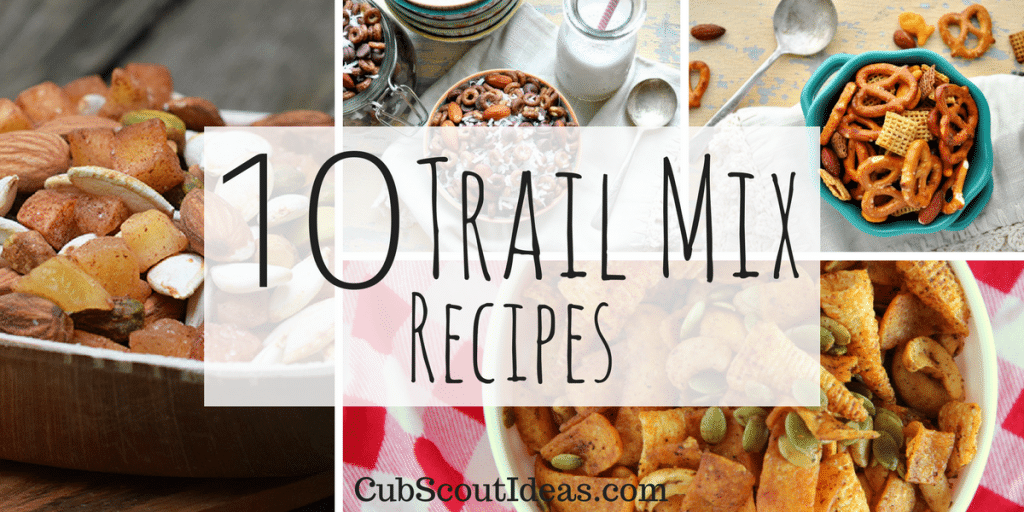 Trail mix has been around forever! Seriously, the ancient nomads used a precursor to the modern day version. They had to figure out a way to carry their food as they moved from place to place, so many of them preserved food by drying it.

The first mention of trail mix in the modern era was in the 1910s when Horace Kephart recommended it in The Book of Camping and Woodcraft, a camping guide he wrote.

It wasn't until 1968 that a commercial product was introduced. The California company Hadley Fruit Orchards claims that it was the first one to produce “trail mix.”

Trail mix is one of the Cub Scout Six Essentials for outdoor activities. It will give our guys a good boost of energy when they start lagging behind on the hiking trail.

Did you know that trail mix has its own day? National Trail Mix Day is celebrated on August 31st every year. These fun days of the year were probably created by some marketing department to sell something, but I love them!

You can buy trail mix, or you can make your own. Here are 10 delicious recipes that I know you'll want to make!

My friend Mel made this mix that's perfect for the fall! “Apple cinnamon pumpkin” sounds like a crisp autumn day.

Sweet & Salty Trail Mix Recipe
by Turning The Clock Back

Diane uses her sweet and salty mix to stay fueled up throughout the day.

Crunchy Taco Mix
by Around My Family Table

Wendy switches things up with this spicy, gluten-free recipe! I would have never thought about a spicy version.

In this version, Wendy gives us more of a traditional recipe. This one does take a little time in the slow cooker, but it will be worth the wait.

Sara uses plantain chips rather than cereal in her grain-free recipe.

Aly's recipe sounds yummy–if you like cherries. Not me! 🙂 But I could leave the cherries out and just add more dried cranberries.

Make fudge in a bag after your next hike!

I think this is my favorite! Blair had me at “Almond Joy.” Her 5-year-old son helped prepare the mix, so I know our Cub Scouts could make this one.

DIY Happy Trails Trail Mix
by A Bride on a Budget

Lisa gave bags of this nut-free version as favors at her wedding. It's perfect for those with nut allergies. 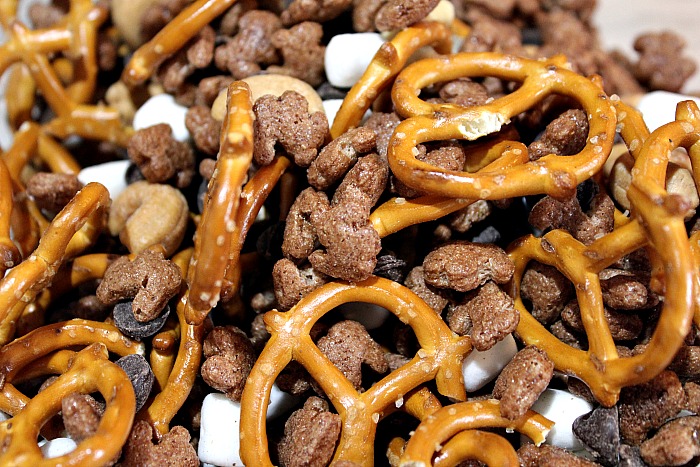 Chocolate cereal and mini marshmallows make this recipe a favorite with the kiddos!

Yummy stuff! Which recipe do you think you'll make first?

P.S. If you're going hiking, read these posts for some cool Cub Scout hiking ideas.

[…] because I can convince myself that the M&Ms are healthy. ? You can purchase trail mix or you can make your own. 5. Sun Protection – We all know how important sunscreen is–even when it's cloudy. […]

[…] food. The Scouts can make trail mix, or you can purchase these individual serving […]

Wonderful ideas! Just what I needed for a kids holiday part. Thanks!